I love March Madness! Picking my bracket laced with upsets, challenging my friends in our own ESPN group and talking smack are all part of the action. Life is as it should be.

Then Norfolk State shows up. For the the 97% of us that got our brackets blown out of sorts by some obscure team, you feel my pain! For the uninitiated I’ll break this down a little bit. The Men’s NCAA basketball tournament is comprised of 64 (or 68 if you want to get technical) teams that play a sudden death style tournament setup based on their seed or rank. 15 seeds aren’t supposed to beat 2 seeds! But that is just what Norfolk State did and nobody saw it coming.

I think life has some Norfolk States in it. Sometimes things happen that we don’t see coming that mess up our “bracket” or plan. We just have to maintain the right perspective.

When we keep our eyes on where we are going instead of the troubles that we are dealing with now, it helps. If we really took the time to analyze our issues with respect to the big picture most of them would be about as trivial as a random bracket for the NCAA basketball tournament. They just aren’t that important.

Also, keeping in mind that we have the Master Bracketologist laying out the plans is a strong cause for comfort. He puts Joe Lunardi to shame! To take that just one step further, the Final Four has already been laid out. We know who wins! And that is something to get excited about! So let the March Madness remind you that even when things don’t go exactly as you planned: “It’s all gonna work out. It always does!”

I’ll share a picture of my bracket so you get a better feel of the pain associated with Norfolk State… The carnage they inflicted on my bracket can be seen on the bottom left of the pic. 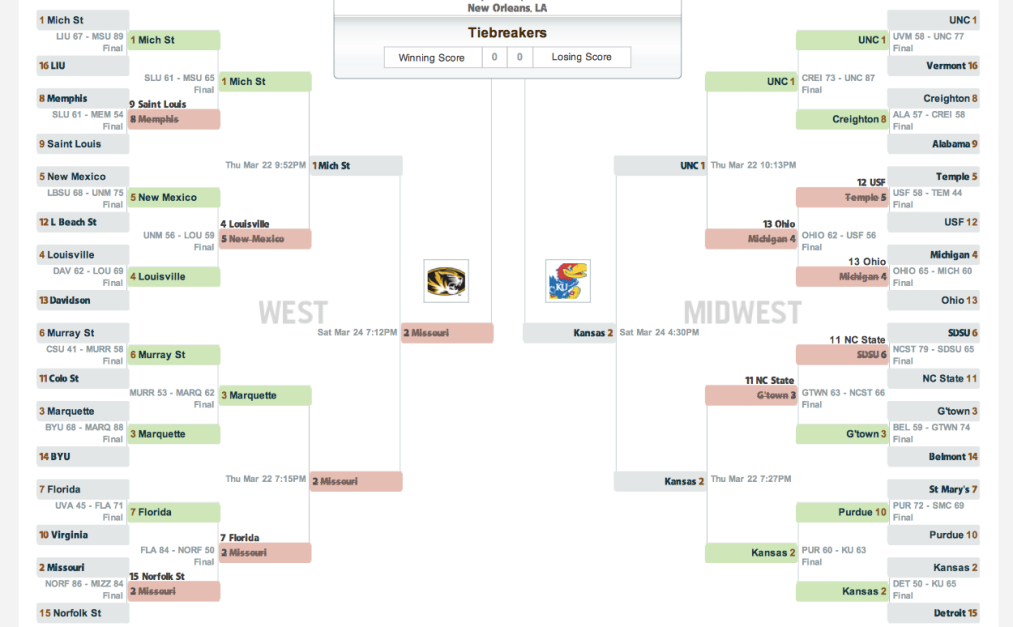